“Two roads diverged in a yellow wood,
And sorry I could not travel both”
-Robert Frost, The Road Not Taken

We set the scene 252 million years ago. Life on Earth, always a struggle for dominance, finds itself in a conflict between three groups of creatures, each packed with tremendous potential. On one side, the synapsids, or proto-mammals, our own ancestors. The second group being the amphibians, whom had once enjoyed dominance when life on land was fresh from the water. The third group would be the winner of this battle, the relatively new diapsids, the reptiles. This third group would go on to enjoy one of the greatest successes in the history of life on Earth, the Age of Reptiles, characterized by the infamous dinosaurs. The other two groups would live in the shadow of a dynasty of giants for almost 190 million years, when the KT extinction ended the dinosaurs’ reign and gave a shot to our ancestors. We find ourselves now very near the beginning of the Age of Mammals, and only time will tell if we can hold on to our throne for even a fraction of the time that reptiles ruled the Earth.

The reptiles won their battle in no small part because of a series of phenomena known as the P-Tr event. Weather, volcanic activity, and a possible celestial impact created new, dry environments that neither the moisture-reliant amphibians or high metabolism synapsids could take advantage of as easily as the reptiles.

What if fate had swung the other way? What if conditions were wetter, damper over all, and another group had the home field advantage in this struggle? The smallest advantage can play out to tremendously different outcomes. What creatures would develop and thrive in this drastically different history? To explore these possibilities is the purpose of the Amphiterra Project.

Note from the Author:
The creatures of the Amphiterra Project are the result of speculation based on fact, an exploration of possibilities. The world and fauna described within the Amphiterra timeline are portrayed as if a traveller from our timeline were to voyage to this alternate Earth at various points in time and described the branching descendants derived from a single base species. Their report is written in the present tense, and such a traveller would have the context of our world and animals, and so can describe the creatures with reference to animals familiar to the reader. Please, sit back, and enjoy a window in what could have been, but for a slightly different barometer reading millions of years ago. 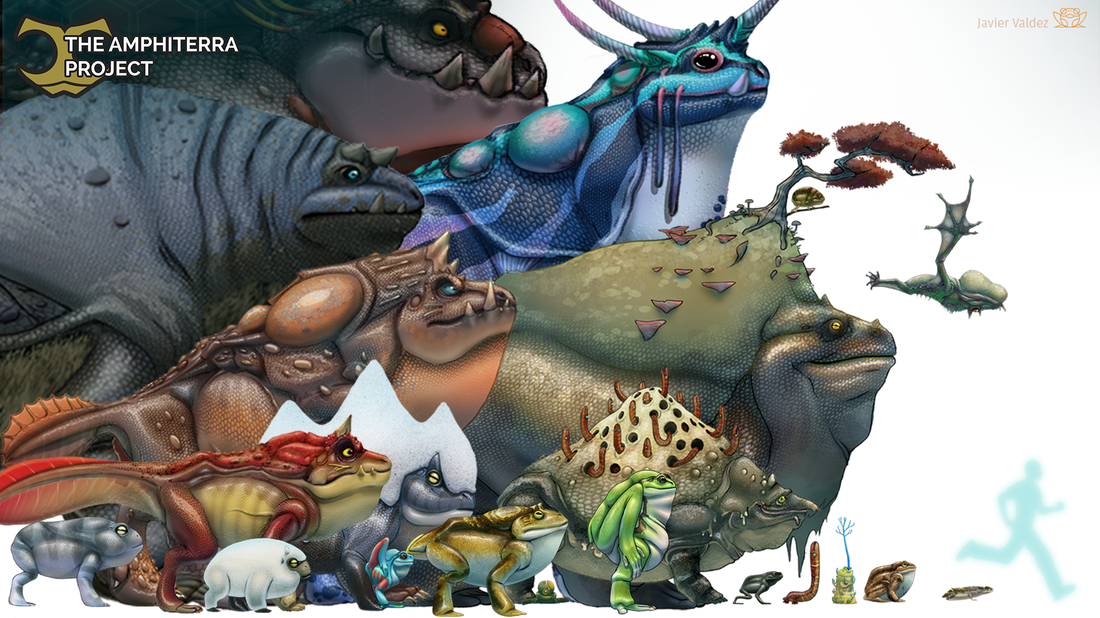